All about Microsoft Xbox series x 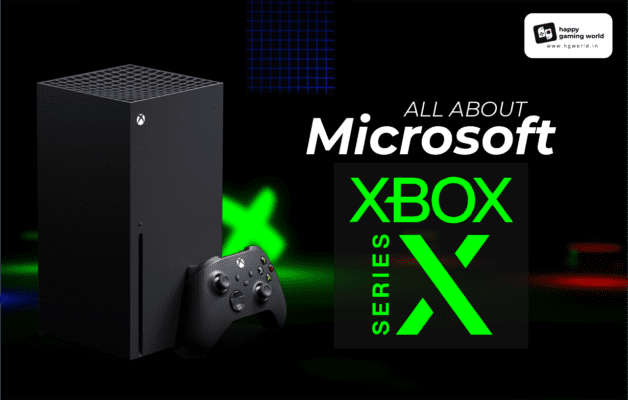 Microsoft Series X was launched with the Microsoft series S by the mogul tech company, Microsoft on 10th November 2020. It belongs to the fourth generation of the Xbox gaming console family. It competed directly with the Sony PlayStation 5 that was launched in the same month, together represents the ninth generation of video games consoles.

Unlike the previous generations where one had to buy the latest gaming console to play the new and exclusive games, with Series X, you can play almost every game that can be played on its predecessor, the Xbox One. The plus side of this is that the creators and developers of these games claim that playing it on the latest gaming console model enriches the overall experience.

We have compiled all the necessary Xbox Series X info below for your convenience and decision-making.

The Microsoft Xbox Series X has attracted many critics’ attraction for its unusual huge structure and design. However, the design is to satiate a few important functions to enable efficient and effortless gameplay. The top of the console contains a huge fan to help keep the temperature of the lower parts down by releasing hot air out constantly. It functions almost like a chimney where the thin ventilation strips at the bottom of the console pass through the entirety of the structure collecting heat in the process and then expelling it out.

Another added feature that stands out is how quiet it functions. The huge fans make no ruckus as you might expect and functions effortlessly to support your long gaming sessions.  The console can also be laid horizontally making it flexible as per the gamers set-up convenience. The overall Xbox Series X info makes it the best console to buy. To own one today click here!

The new controller also sports a Share button supposedly inspired by one of its competitor’s models. You can tap the button once to save a screenshot or hold the same for a few seconds to record and save the last 29 seconds of the gameplay.

The controller also comes with the DLI (Dynamic Latency Index). This makes it more responsive to the console with respects to the timings of the game being played on the screen. Of course, the lag time of your display model matters here too. However, when playing an exciting game every second count and these controllers come to your rescue at the correct time.

The Xbox Series X delivers in every aspect when it comes to its sounds. It faces no problem getting to the base of the soundtrack and delivering the same with beautiful and effortless precision. You can try by playing an Atmos-enabled film or game. You will get a sense of completion as the room is filled with exact and refined sounds to make your experience even more worthwhile. The sound of Microsoft Xbox Series X will give you very little room to complain.

You will notice the difference once you start playing games on your newly set console. Some of the upgrades include improved lighting and higher resolution giving you a more three-dimensional effect and crisp imagery. In all pushing you to have immersive gameplay and experience.

The Series X successfully sticks to the 60fps target. This compiled with the DLI feature of the controller is assured to give an out of the world gaming visual experience.

The FPS Boost mode is another bonus that supports the frames in which the visuals move. The console is very capable of representing disc-based movies with judged colours and vibrancy.

Overall, this console support’s display and visuals are highly impressive and noteworthy for the console family.

The newest addition to the gaming console family has ticked the right boxes for all the right reasons. The reasons to buy this console is endless as you can already collect from the above Xbox series x info. So can be your search for the best deals on this gaming console. Fear not. We at HG World are the best deal-breakers when it comes to gaming accessories and products.

PS5 vs Xbox Series X. Which one is in more demand?

PS5 and Xbox Series X: Which is more reasonable?