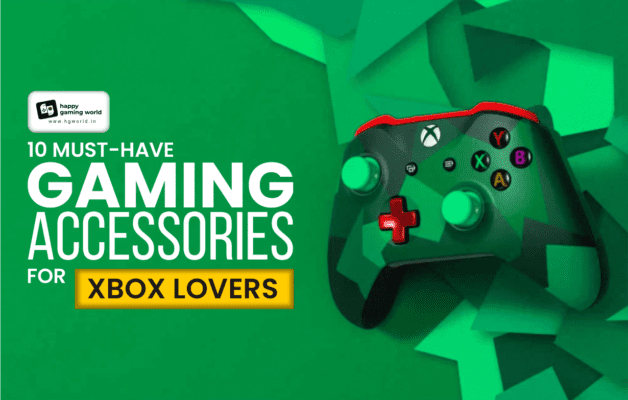 Sound Quality is a non-negotiable aspect of any premium gaming experience. The Turtle Beach Stealth 700 Premium has come up with active noise cancellation to let you get engrossed in the game completely without any outside disturbance. It doesn’t require any wires to connect with Xbox, so literally ‘no strings attached.

Players are not only obsessing over the sparkling new blue color of the Xbox wireless Controller but also looking forward to setting up a multiplayer gaming arena to play tournaments with this spectacular Controller. Being the official controller from Microsoft, it is going to work with the next generation as well as Xbox One series consoles.

As the Xbox series does not come with large internal storage, this storage expansion card enters like an angel. It is a universal truth that next-generation games will be huge considering their size, which eventually will burden your Xbox when it gets older. However, possessing a Seagate Storage Expansion Card for your Xbox will be the treat you offer to yourself.

This Controller will prove to be an asset if you are Pro in playing major multiplayer competitive games such as Halo or Call of Duty, as it has also been improved at the grip and hand resting area. It includes some of the bonus features like adaptive triggers, adjustable paddles, etc.

This PDP media remote certainly feels much more organic for driving through media content. It includes neat buttons which makes the navigation of all directions much easier. It also contains actual pause/play buttons, and volume increase/decrease, and channel change buttons. Nonetheless, it has motion-activated backlit buttons, so that they will only light up while getting used, leading to saving battery life.

Yes, we agree that most of the time you are going to use a Controller while playing games, however, only a mouse and keyboard can give you that authentic feel of playing games as it used to be in older times. Passionate gamers particularly demand this Razer Turret Wireless Mechanical Keyboard for Xbox series X. It also is used for computers as it provides a fairly large battery life.

It is described as the unified portal to a plug-in variety of different gaming accessories to the Xbox Consoles. It offers a range of possibilities of playing games and controlling comfortably. It contains plenty of ports and huge accessibilities with various devices to adapt to users.

Like many typical gamers, if you are the one who often forgets to keep the controller back on the stand after finishing the game; this one is the perfect gift for yourself. With this, you will not face an issue of dying battery while the game is on, you can instantly connect Xbox Rechargeable Battery. And you won’t need to keep waiting to play again till the controller gets charged on the stand ever again.

If you are a specific racing games lover, then this racing wheel for Xbox One is just the non-negotiable thing. Amazing racing games such as Forza Horizon 4 requires driving this wheel for the authenticity of its kind and a passionate gamer can just not remain away from this.

Playing for long periods can increase eye strain. These glasses certainly restrict the amount of blue light directly affecting your eyes harshly. It helps in improving your performances in games as well as preventing headaches and issues of blurred vision.

We, at HG World, deal with all kinds of Xbox accessories, gaming consoles, and games. Visit our website today to get the best deals.