Where to buy Sony PlayStation online in India? 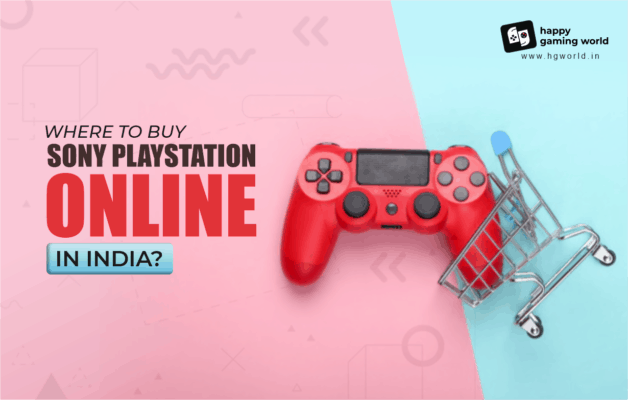 Over the years, gaming has evolved. From playing on gaming machines at the game’s parlour and on the computer to playing games on consoles and TV, we have come far. Let’s talk about one of such brand that has contributed to changing the gaming industry forever.

Sony, the Japanese multinational company gave birth to its genius kid and division, the PlayStation. This division went on to write history. PlayStation launched its first-ever gaming console in the year 1994 in his hometown Japan. The console was launched worldwide the following year.

This legendary video game company include- a media centre, a phone, an online service, two handhelds, a line of several controllers, multiple magazines and the most popular among all five video game consoles. Now you can buy consoles like the PlayStation online without any hassles.

The original version was launched in the year 1994. It was the first gaming console with a hand-held device as part of its structure. It competed with the fifth-generation video games like the Nintendo 64 and the Sega Saturn.

The successor of the original gaming console was launched in 2000. It differed from its predecessor by sporting a complete outer cosmetic change (as in smaller in size) and the user menu’s Graphical User Interface, a completely different variation.

Launched together with the redesigned PlayStation One, PlayStation two went on to become the most successful selling gaming console to date it competed with the Nintendo GameCube and Xbox, becoming a part of the fifth generation of PlayStation video games.

Four years later its launch a slimmer version of the gaming console was launched. The slimmer version was smaller, quiet and had a built-in Ethernet port installed in it.

Launched in 2006, the PS3 was the first to introduce motion-sensing technology. This was sported by its first of a kind wireless controller. The gaming console itself was a huge success as it supported high resolution and had an inbuilt Blu-ray Disc player. It actively competed with Nintendo Wii and Microsoft Xbox 360. The PS3 also features a slim and a super slim model launched later.

The PS4, launched in 2013 holds the record of the fastest-selling gaming console in the history of gaming. Under this Sony PlayStation introduced the PlayStation app that allowed the players to turn their hand-held devices like their tablets and smartphones as a second screen to enhance their gaming experience. The PS4 has a slim version as well as the pro version. The Pro version featured a lot of cool upgrades like the 4K resolution, PlayStation VR’s improved quality, high CPU clock, GPU that was completely upgraded and advanced processing power.

The latest from the company, the PS5 made headlines with its launch in 2020. The new PS is not like its predecessor and sports a completely different user interface. One can play almost all the PS4 and PS VR games on this gaming console. The new controller is another wonder to marvel at that uses DualSense. To know about the latest PS5 both the Digital one and the Standard one, click here. Buy the all-new PlayStation online with us.

Where can you get your hands on these PlayStation products online?

The answer is at HG World. We at HG World, strive to give you the best gaming experience there is to offer. We are the pioneers in buying, selling and trading branded, new as well as pre-loved gaming consoles, accessories and games.

What sets us apart from the other gaming traders in the market?

Some of the distinctive features that our company very proudly boasts are:

Check out our website HgWorld.in to know more about us and to read the live testimonials of our happy customers. Shop with us to experience an epic and fulfilling gaming experience.