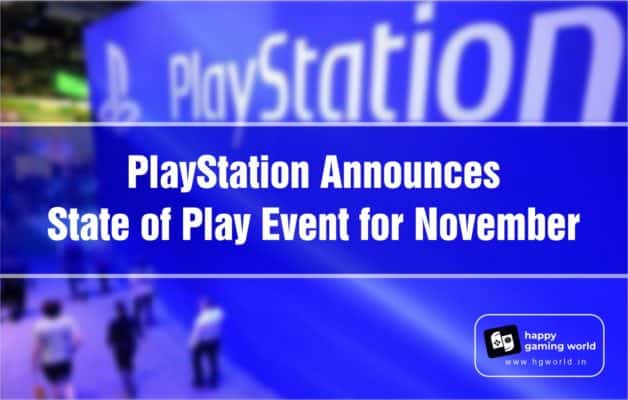 One of the latest State of play events took place on 27th October at 2:00 pm. It was live telecasted on Twitch as well as on YouTube. It mainly focused on the third-party PS5 and PS4 game title reveals. Which was a little bit of a disappointment for the fans who were expecting the first-party game titles like Horizon Forbidden West or God of War Ragnarok at the State of Play event! However, some of the most thrilling games were released in the latest State of Play event.

Apart from that, the event was about 20 to 25 minutes long and solely focused on third party events. The time-length of the State of the play event was a little disappointing as the fans were expecting a little longer event. Many fans were also waiting for the event more focused on the forthcoming Studio games of PlayStation but even that didn’t happen at the latest event.

What more was included in the State of the play event!

So get your PS4 or PS5 to enjoy the latest releases! But if you don’t own one don’t you worry a bit because we at happy gaming world got you covered. We offer a wide range of consoles so that you can enjoy your games in the best possible way! If you are concerned about the prices then throw your worries away because we at the HGWorld offer the PlayStation at affordable prices so that you can enjoy your game hassle-free.

Also, you can expect more PS Plus free games in the first week of December 2021! Please note that the PS Plus games are PlayStation studio releases even if they were announced during the third-party game release event for PS5 and PS4.

The very first Tuesday of November month was quite anticipated for the latest update on the span-new releases. However, now the picture is quite clear there are no span-new PlayStation 5 game announcements in the forthcoming State of play event for this year.

The latest State of Play event has released several third-party releases for PS5 and PS4. The releases are quite interesting and thrilling. However, it was a little bit disappointing for the people who were expecting the studio release. Nevertheless, several PS plus games were also released. Now all you need to do is get ready with your PlayStation to enjoy these games!

If you need a brand new PS4 or a PS5 for the best deals, join us right away! We understand how important the gaming experience is for you. Hence our gaming geeks especially test all the products so that you have a seamless experience while gaming. So what are you waiting for join us right away and stay tuned for more PlayStation related updates! Happy Gaming y’all!

Watch the video of PS5 here.

Call of Duty: Vanguard meet you on 5th November

A surprise for Sony fans on August 10