A surprise for Sony fans on August 10 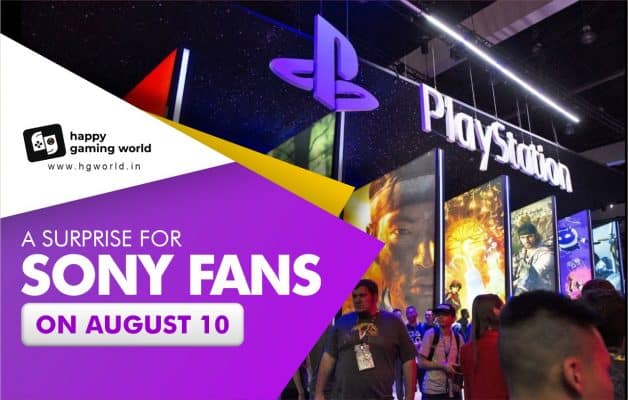 There have been a lot of rumours going around regarding August 10. So, what exactly is going to happen on August 10 and how does it affect Sony fans? We may have answers to all these questions in this blog. Read along to find more.

What to expect on August 10 by Sony Fans?

Fans and gaming enthusiasts have been waiting patiently for further updates on their favourite game titles, their sequels and so much more. The highly anticipated titles God of War: Ragnarök and Horizon Forbidden West are expected to have their announcements at the event.

Other than this, Sony could also surprise us with announcements and showcases regarding their PS5 exclusives like the Ghostwire: Tokyo and Stray.

A State of Play event is the one where Sony releases the latest announcement regarding their console updates, their upcoming games and so much more.

What happened at the last State of Play?

The last State of play took place on July 8. The events gave us an exclusive and in-depth look at one of the most anticipated game titles the Deathloop. The stunning visuals, gameplay and storyline were announced and discussed at the same. It gave an insight to the waiting gamers as to what to expect when they finally get their hands on the game.

Apart from this, the event was also filled with announcements and in-depth showcases of a lot of indie titles. The new trailer for Sifu and Moss 2 was also launched at the same event.

Prior to this, the State of Play event that was held in May featured Horizon Forbidden West. To be honest the entire event revolved around the showcase of this game which has a huge fan

following within the gaming community. Approximate 14-minute gameplay was showcased where the gamers got to experience the new rivals of Aloy and also her new abilities.

Since its commencement in 2019, Sony’s State of Play has introduced us to fabulous and entertaining updates and announcements regarding their new games, their consoles and so much more. The Last of Us 2, The Ghost of Tsushima, Final Fantasy Remake and so many more epic game’s releases date, trailers or gameplay were released on such live streaming events.

Over the years it has become an exciting opportunity for gamers and fans to get advanced updates on the industry’s hottest.

Well, it’s safe to say that Sony is all set to blow us all away by announcing and introducing their latest event this coming August 10. Let’s get ready to mark the arrival of our favourites on our calendars.

Until then check out other games titles at unbelievable rates only at HG World. Shop from us to experience great discounts and offers on all your favourite gaming products and accessories. So, what are you waiting for visit us today!