Good News for all Xbox Users: Microsoft to soon give free-to-play multiplayer games without a gold membership 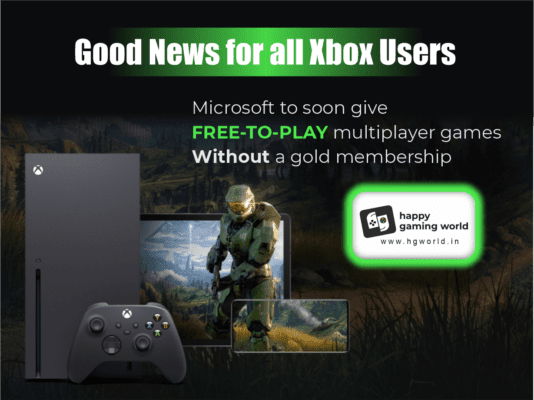 Xbox is fond of experimenting with its membership plans, the gold-live membership is a result of this experiment. This membership was implemented from the era of Xbox 360 and is still in action. Early in January 2021, Microsoft shared the improvement through its Xbox Insider program release note as part of the latest Alpha Skip-Ahead update.

In this blog, we will discuss more about the gold-live membership and the upgrade by Microsoft.

Membership in this digital world means unlocking various perks of a product or service. Different consoles provide different perks to their members. Perks of Xbox gold-live memberships are advanced multiplayer games, connection with other Xbox members, bonus and free games, 50% discount on other Xbox titles. The cost of all these perks is 9.99$ per month. The new Xbox series s have critical opinions stating the console is launched for the user having ultimate game pass 2019.

What are Xbox’s plans?

To survive in this competition with sony and Nintendo, Xbox has plans to jump into the same market. The announcement made by Xbox in January has the answers to the question. It states that all the Xbox users around the globe will no longer require gold-live membership to have the access to free-to-play multiplayer games. This plan is still in the development phase as Microsoft is planning to give the user the benefit of party chat and looking for a squad all this won’t require any membership. The direct benefit of this plan is to the casual gamers who earlier didn’t wish to pay for free multiplayer games.

We know the plan is still under development, Xbox users will have to wait for a few months till the plan is in action. As the two multiplayer games COD: Warzone and Destiny 2 are still in the process to implement the features of party chat and matchmaking. There is no clear confirmation about the stability of these upgrades in other Xbox versions.

We at HGWorld have resources to fulfil all your gaming demands be it games, consoles such as PS5, Xbox series X or S, Nintendo, or gaming accessories. Get your subscriptions for consoles from us. Experience one of the best gaming services of all times with HGWorld today!