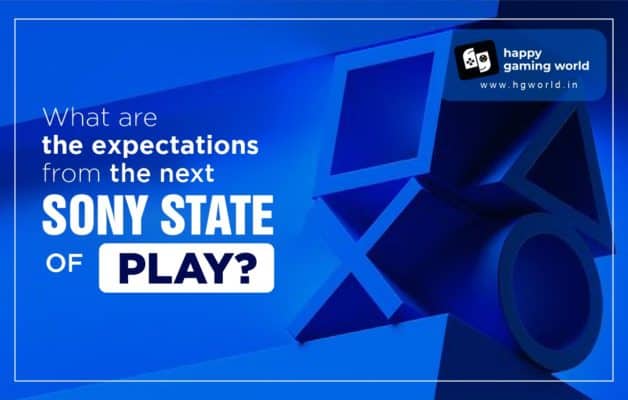 The most awaited digital event Sony state of play that displays the newest and the prominent PlayStation reveals, announcements, news and updates is about to come out anytime soon!

Back in 2019 when the Sony State of Play event first started, we’ve received several new trailers for the games like “Returnal” & “Final Fantasy 7 Remake”, the first-ever public launch of the gameplay of “Ghost of Tsushima” and also the release dates for the games like  “The Last Us 2”. Hence if you are always in the search for the latest updates, the big releases and announcements about PSVR, PS4 or the PS5 games, the Sony state of play streams are definitely worth your attention.

On 27th October, one of the current streams of Sony state of play took place. It was mostly concentrated on the forthcoming PS5 and PS4 third-party game releases which include the games like, Let it Die Spin-off, Devil Inside and Death’s Door.

What should be expected from the next Sony state of play?

As said earlier, we believe that the Sony state of play will announce the updates about the PS5 and the PS4 games arriving in the early months of 2022. “Horizon Forbidden West” which will be released in February is one of the huge and anticipated releases in early 2022. You can expect it to be one of the greatest game releases for this year.

You can also expect some updates about the first-party game releases from the forthcoming Sony state of play stream. The updates might include insights on the first-party titles including Forspoken, Bugsnax: The Isle of Bigsnax DLC and Uncharted: Legacy of Thieves Collection.

We believe that some of the third-party huge hits are also to be released in February or March 2022. The game releases might include third-party titles like Elden Ring, GTA 5, Saints Row, Light 2 for PlayStation 5.

However, Sony’s upcoming releases might just focus mainly on its PlayStation VR 2. Well according to the rumours you might expect an entire reveal on Sony’s Next-Generation Virtual Reality hardware release in late 2022.

So there is a chance that Sony’s state of play streams might get delayed as their primary focus in the latter part of 2022 would be PlayStation VR 2. Nevertheless, we anticipate a release for the PlayStation VR 2 game titles along with the hardware release.

The latest stream of the Sony state of play on October 27 primarily focused on several third-party game titles for the PS5 and PS4. The stream gave us some major insights into the Little Devil Inside. But one of the huge updates was the disclosure of the first-ever Bugsnax DLC in the early months of 2022. Along with that, a span-new game “Star Ocean: The Divine Force” is about to be released in 2022 for PS4 and PS5.

The debut look of “King of Fighters XV ” was also released. It is one of the most anticipated games as it was the first release of a story mode game after 5 years. Another great news for this game is that even though the game will be released in early 2022, a beta version is expected to be released at the end of November or early December.

Nevertheless, the updates on the huge upcoming game titles were missing in the Sony state of play stream. But you can surely expect some of the biggest releases in 2022 for PS5 and PS4. Stay Tuned! For more updates related to the new releases of PlayStation!

watch the video of PS5 here.

Sony Play comes with the idea of AI technology

How did PlayStation become famous in India? History from PS1 to PS5