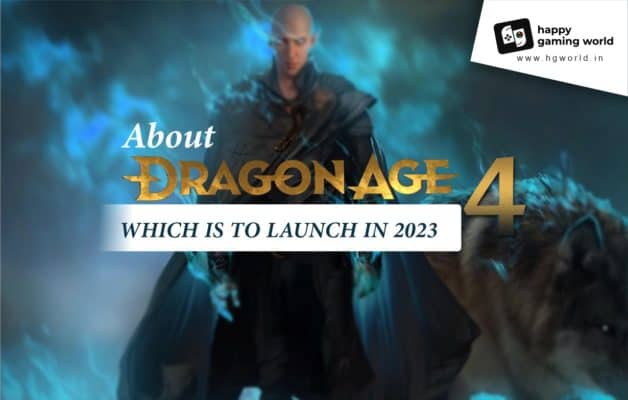 Yes, Dragon Age 4 is finally happening and we may have some information and details of the same. Read ahead to know more.

This may come as a sigh of relief for EA fantasy RPG series fans who have been waiting for the new Dragon Age game to drop since the conclusion of Dragon Age: Inquisition in 2014.

The return of this game has been one of the most secretive gossips that have been going around the gaming industry for several years now. Fans had already gathered that the fantasy series was anything from over after finishing the 2014 Dragon Age. Since then, the developers and publishers had been quite tight-lipped about the new game hitting our consoles.

However here we are to give you some juicy and exciting news about your favourite game, Dragon Age 4.

After assessing several interviews and Twitter interactions from both the EA and BioWare, there have been huge speculations that the new game can surprise its fan with a whole new multiplayer angle, dumping BioWare single-player streak in the series.

About the Dragon Age 4 release date:

There has been a lot of rumours and talks about a potential release date for the much-awaited instalment of the popular game, Dragon Age. According to a report by Kotaku, the game that has been under development had to see a delay as the team working on the same were pulled back to focus and work on other BioWare’s projects most probably the Anthem and Mass Effect: Andromeda.

However, the development of Dragon Age 4 started again some time in 2017. In August 2020, Casey Hudson quoted the game was still in ‘early production’. Followed by some small mentions at the EA’s October 2019 earnings call. Though fans got almost nothing out of this information, CFO Blake Jorgensen suggested that the game can be launched after fiscal 2022. He also made it clear that it is just a tentative guess and that such announcements are not made years in advance.

Shown during the Game Awards 2020, the new teaser trailer did little to satiate the growing eagerness among the fans. Although we still don’t have the official title that the game will go by, one thing we can be sure of by seeing the trailer is the game graphics are something to look forward to. The colour settings and honestly everything in the trailer was visually so appealing that it seemed like the game is finally ready to move on from its Fereldon roots that appeared way too grimy sometimes.

The trailer also confirmed a few other things like the return of a recurring character dwarven archer Varric Tethras who has been seen in both Dragon Age 2 and Dragon Age: Inquisition. Another thing we are sure of is that a new protagonist will be picked up for the new instalment like every other one.

As mentioned above, there has been a lot of speculation about the game being multiplayer since early 2018. However, all such plans were scrapped by the developing house after the launch of their sci-fi thriller Anthem in 2019.

The poor reception of Anthem led to a unanimous decision of Dragon Age 4 ditching almost all multiplayer elements.

Well, we still don’t have clear confirmation of the same, but we can quite confidently say Dragon Age 4 will not be solely an online-only game. Which also makes a lot of sense. Although BioWare has drabbled in multiplayer gameplay with Mass Effect and Dragon Age: Inquisition having multiplayer modes which were surprisingly decent as well, the main focus of their storylines was the single-player element.

The expected setting of the game

The gaming studio has confirmed that the game will finally enter Tevinter. For years we have been moving forward with several clues and assumptions collected from the ending of the Inquisition, the famous collection of short stories known as the Tevinter Nights and through several game development reports since 2019 that Tevinter can be the possible setting for the next instalment in the series.

It was cleared by BioWare in their history book where towards the end it spoke about Tevinter that is to follow up Inquisition.

Throughout the series there have been several mentions of Tevinter, however, it was never fully explored. We have also seen a lot of party members coming from there but nothing was mentioned in detail. We got a super cool glimpse of the same in the trailer launched by the studios last year where Minrathous the capital of Tevinter was shown. And from what little was shown we can easily gather that it is going to be one hell of a ride to explore the land of the mages.

Despite all this, we also think the game will take us to several more locations including the underground.  We mean come on; a dragon adventure is incomplete without a visit to the underground.

Honestly, we can’t be sure who would end up taking a part in the companion group and be set for the adventures that lie in this series instalment. They can be a former character returning or straight-up new characters. However, we do have a brief idea as to who can show up in the game. Some of the characters we think can grace us with their presence are:

Varric Thethras could be one character appearing again after having appeared in both the Dragon Age 2 and Inquisition. Everyone’s favourite storyteller was seen narrating the second official trailer. Also, he has a history of being a party member two instalments in a row. However, we can’t be sure if he would reprise his role as one of the party members or would just appear as an advisor.

The next character, we think we will be seeing on the screen will be Solas. Yes, you read that right, Dread Wolf himself would be returning in the series not as a party member though (because you know the Dread Wolf stuff). Also, he was seen in the first trailer so let’s say it is safe to say he will be back with his greater struggles with Thedas.

Much like Solas, Flemeth the god or eleven legends, some of the many names she goes by, seems to have an underlying part in the overall plat of the game. So, we could be seeing her as well.

Fenris, Dorian Pavus, Alistair, Leliana are some of the other characters that can make a comeback in Dragon Age 4.

Apart from all these, we do have some teasers, trailers, concept designs and photos etc to satiate our eagerness for the game. It is still early and since the developers are all keeping it quite under covers it is difficult to get more out. However, we hope we were able to tune up your excitement level for Dragon Age 4 with this blog.

Make sure to follow Hg World, for all the new and happening insights on the latest developments and news in the gaming world. What’s more, is our close association with games, consoles and gaming, in general, making us a reliable force for you to lean and trust in.