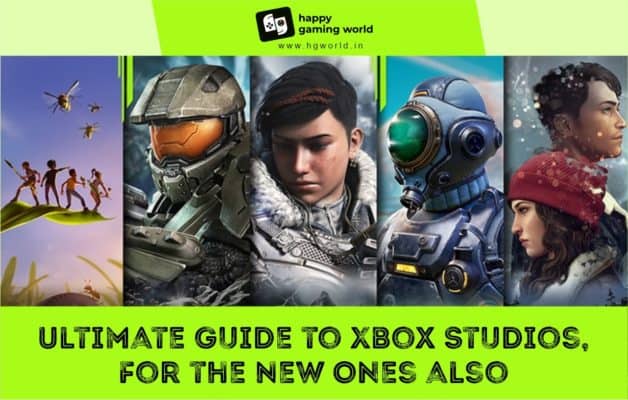 Based in Redmond, Washington, Xbox game studios have been around, spreading happiness since March 2000. Originally an extended part of an Internal Games Group, the studios went on to acquire and become a parent company of several other studios, twenty-three to be exact. It has expanded and acquired many gaming divisions for games, web-based portals, Windows mobile, Xbox platforms and so on. Till this day it has continued to grow into this huge family ready to deliver awesomeness

The game studio was first established with the view to develop and publish video games for Microsoft Windows. Here is an Xbox guide that will help you understand the legacy and history of this gaming legend better.

Continuing our Xbox guide, let’s go back to:

The tech giant had already seen the potential in the gaming industry years before it created its now iconic gaming division for game research and game development. Microsoft started acquiring titles and developers, thus building a strong base for its current game studio. Some of its popular acquisitions from the past included- Ace Game Studios that had worked with the company on their Flight Simulator games, Access Software which gave them their much-famed golf series and how could we forget the intense MechWarrior series by FASA Interactive. Some of the studios like the Access Software and FASA Interactive changed their names to Salt Lake Games Studio and FASA Studios respectively.

Apart from this, they had also struck a long-term deal for publishing from talented developers that helped gain momentum to the gaming studio. Digital Anvil is one such studio that joined hands with Microsoft in a publishing deal that proved to be quite profitable to both parties.

Microsoft took a revolutionary step and created Microsoft Games in March 2000 that was transitioned from Microsoft Games. They announced this with a bang and also teased the launch of the first-ever Xbox console in the very anticipated public announcement.

They went on to acquire Bungie, one of the biggest acquisitions made by the company at that time. Turn 10 Studios was created in order to work on the hit series the Forza. They also acquired Rare; a studio that worked on Nintendo works. Microsoft sold Salt Lake Studios and laid off quite a few employees from within the game division while looking to realign their sports game development with EA Sports.

The MGS division of Microsoft proved to be worthy as it helped Xbox secure a foot place in the Japanese market. In 2004, MGS created another internal division that would be responsible to create games for the Xbox Live, MSN Messenger and MSN games. MGS was successful in securing the deal with Lionhead Studios which they later acquired with its Fable series that served as the first role-playing game for Xbox 360. During this time, MGS also expanded Digital Anvil into a huge studio before shutting down the same completely after 2006. The studio gave out the 2003’s hit Brute Force. FASA Studio was also shut down sometime after the launch of its last game, Shadowrun.

In 2007, Bungie announced its split from MGS. However, the rights to their hit Halo series remained with Microsoft. Not only this they even created two more Halo games for the company. MGS created 343 Industries to continue the work on the Halo series in the stead of Bungie.

Xbox Live Productions was created in 2008.

In January 2009, Microsoft declared extensive layouts throughout its divisions due to the late 200s financial crisis. Ensemble Studios and Aces Game Studio was also disbanded.

For the creation of multimedia entertainment content and games for the Window devices, MGS Mobile Gaming was created in 2010.

Microsoft took a huge decision of downsizing its Vancouver gaming studio, later naming it Black Tusk Studios. The main objective of the studio was to create a franchise game like the hit franchise Halo. Meanwhile, they also acquired a developer Press Play and announced a new development studio in London.

In 2013, Microsoft created a ‘Deep Tech’ team within its famous DPE unit (Developer and Platform Evangelism) to collaborate with developers outside the company in order to build top applications for Microsoft platforms. They also created a new studio that would focus on creating cloud-based games for tablets, mobile phones etc.

2014 started with a bang. Microsoft started acquiring Intellectual Property Rights for a lot of things that included Big Huge Games’ Rise of IP and Epic Games’ Gears of War. They struck a publishing deal with Undead Labs for their popular game State of Decay.

2014 also served as one of the greatest acquisition years for Microsoft as it was successful in acquiring Mojang, the brains behind Minecraft. They spent around 2.5 billion US dollar to acquire the same. However, they kept the game accessible to all platforms.

In 2015, they announced that Soho Productions and Lift London were merging together. They also announced that HoloLens games would be coming to Xbox one. The same year, in September 2015, Microsoft Studios and Twisted Pixel decided to split.

The division renamed itself Xbox Game Studios on 5th February 2019. It acquired a studio ‘Double Fine’ and announced the creation of an internal studio for the development of Age of Empires.

Studios like the Double Fine, Obsidian and Ninja Theory are well known for supporting games that are multi-platform. Microsoft stated that it has yet to determine whether the future works from these studios should be Microsoft exclusive or be available to other platforms as well like usual. They continued by saying that it all depends on how it can contribute to the growth of the brand for example- Minecraft. It isn’t entirely a new thing as Microsoft has allowed other platform to use their products before.

By the end of 2019, Microsoft stated that they won’t be acquiring any more studios in the near future and now their main focus would be the executing and delivery of different products across their platforms. They have also been busy with the promotion of Xbox Series X their next generation console. The new games would not entirely new Xbox Series X focused as they will be available on several other Microsoft platforms as well.

In September 2020, Microsoft announced that it is all set to acquire ZeniMax and all its family studios. These studios included- MachineGames, Arkane Studios, Bethesda Game Studios, Tango Gameworks, ZeniMax Online Studios and id Software. The deal is estimated to be around 8.1 billion dollars.

The company as a whole continues to grow and will bring several revolutions in the gaming industry for years to come. You can experience the change today with Microsoft Xbox Series X that is available at HG World laded with exclusive deals and offers. Head over to our website and bring home your very own Microsoft’s next generation console- Xbox Series X.

Thank you for being with us through this Xbox guide!

Watch the video of ps5 here.