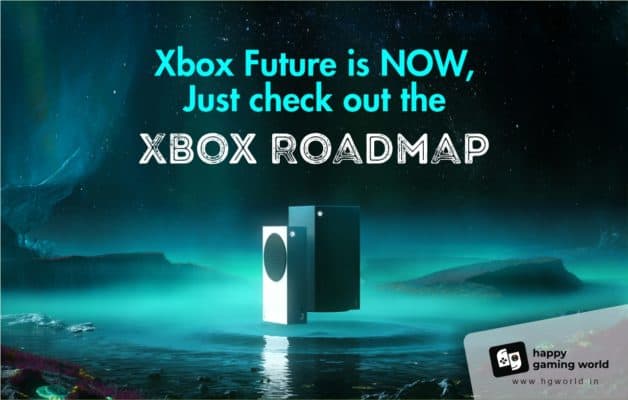 By now we all are pretty aware of Microsoft’s comprehensive goals of releasing a dynamic game every 3 months. However, after a few additions and a brand-new collection of elite reveals there is a better picture of how Xbox endeavours to successfully execute this New Xbox release schedule.

Here is our best try to analyze every Xbox Games studio title we know at present and construct a roadmap with the expected release dates. This roadmap includes only the first-party Xbox games, being said that you can expect a lot more exciting games to give you that adrenaline rush in the upcoming years.

The Xbox X series and S series got somewhat a slow start when it comes to launching the games in 2021. However, the treasure of the New Xbox game releases is back with a bang for the latter part of this year. Games like Gears Tactics for consoles like Deathloop and Gears 5: Hive Busters are a great addition to the Xbox Game family. Nonetheless, the fans are eagerly waiting for the games which can give them a completely span-new experience.

Gratefully, the showcase of the New Xbox games by Bethesda and the Xbox provides us with a much more crystal clear image of where the future of Xbox Games lies. So without further ado let’s dig into the roadmap of the upcoming year’s New Xbox game releases!

It is one of the longest-running Xbox games and on October 28 this franchise is going to make its huge comeback! This RTS title might be a treat to the PC players. But, this game won’t be launching on the Xbox X series and S series anytime soon. Hence for console gamers, this might be a little bitter truth to digest.

Who doesn’t enjoy the astonishing Mexican Vibe? Well, this year Forza Horizon 5 is all set to take you to the Horizon Festival in Mexico on the 5th of November. With amazing graphics and super-enhanced audio, this release will undoubtedly be the best gaming experience on both Pc and the New Xbox generation consoles.

So grab out your Xbox X/S series to enjoy Forza Horizon 5 on the 5th of November! Missed the chance to get you the Xbox X/S series in the first launch don’t worry we got your back!  At HG World, we promise to offer you 100% original and trusted consoles/Pcs for the best gaming experience! Also, you can avail the console of your preference for a reasonable price with a 3 year extended warranty. So grab your gaming consoles today with HG World!

It’s the last game to be released as of 2021. The release date is not yet confirmed. You can expect the release of the game in mid of November or early December. This game is surely going to be a blast.

It was a really slow start for game releases in 2021, however, the new game releases in the latter part of the year are undoubtedly going to be jam-packed with lots of entertaining and thrilling games! Nonetheless, can the Xbox Game Studios keep up with the hype created in the last 2 months of 2021 in 2022? Let’s find it out with the game releases lined up for the year 2022 and upcoming years!

We hope that you enjoy this roadmap as much as we did while creating it! Whether Xbox can deliver the majority of the first party as per the schedule or not, you must be always ready with your PCs and consoles for any surprise games that can be launched by the Xbox studios. So check our wide range of  Xbox consoles and gaming PCs at HGWorld.

Our Check and Pay option will blow your mind! We firmly believe in customer’s fulfilment so on delivery you can check the product and pay only when satisfied! Besides that, if you find consoles less than the price we offer we will directly smash ours away. Our gaming geeks look forward to providing you with the best gaming Xbox accessories possible! So don’t miss this chance and get your New Xbox right away with us at HG World! Happy Gaming Y’all!

Good News for all Xbox Users: Microsoft to soon give free-to-play multiplayer games without a gold membership